The club’s first ever game was on 12th June 1856 against Deal Garrison XI. We managed to win this game by an innings and eleven runs, whilst this is a good result by any standard, as our first game it was a great ego boost. This was not only our first game but a very enjoyable step into what has proved to be a long and varied history. We also managed to win our return match in 1857 we did however lose to Canterbury Beverley, I suppose we needed to be made aware that winning is something that has to be worked for and is not always our sole province. In this year we advertised for a bowler offering the astounding wage of between 30 shillings (£1.50 and £2 a week). Of course this would not be allowed these days.

In 1859 we found our first recognised home, the Leas in Folkestone and began to build a reputation for being not only good within the sport but also good sportsmen. We remained at the Leas until 1901 when we moved, with mixed feelings, to Cheriton Road.

The clubs greatest achievement was becoming Kent League champions for the first time in 1989 and, when the Kent League was replaced with the newly structured Kent Premier League in the latter parts of the 90’s; Folkestone Cricket Club boasted the all-time leading run-scorers in both the 1st XI and 2nd XI Kent League divisions, namely Jim Howgego and David Curran respectively.  Folkestone Cricket Club also added the Kent Premier League title to their list of honours in 2001. Throughout the years Folkestone Cricket Club has produced and been represented by some many fine players, some of whom have gone on to represent Kent County Cricket Club – in the 1950’s and 1960’s and in some cases representing England. John Spanswick, Jim Howgego in the 1970’s and more recent players including Geraint Jones, Robbie Joseph and James Tredwell.

In 2007, the club came together with Folkestone Optimist Hockey Club , to decide on the possibility of developing and renovating the Cheriton Road Pavilion.  The Clubs approached the Roger De Haan Trust about the opportunity to receive funding and guidance for the project.

After six years of planning and hard work from club volunteers (special mentions to Stuart Ingleston, Paul Major, Nobby Clark and John Godden) the final phase was completed in February 2013. Folkestone Cricket Club along with the Folketone Optimist Hockey Club now have some of the finest facilities in the country. 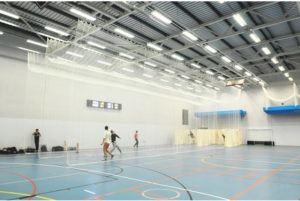 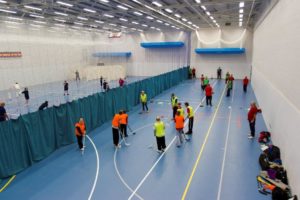 We are Folkestone CC - attitude is everything!